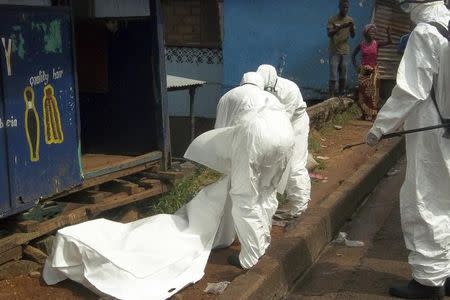 WASHINGTON/MONROVIA – The World Bank on Tuesday pledged further assistance to Liberia, the country worst hit by Ebola, and revealed that the epidemic would cost more than $2 billion across the region, causing once-booming economies to slow down or shrink.

The report comes as the World Bank Group’s president, Jim Yong Kim, begins a two-day visit to West Africa to discuss ways of addressing the outbreak, which has already killed more than 6,000 people in Guinea, Liberia and Sierra Leone… (read more)