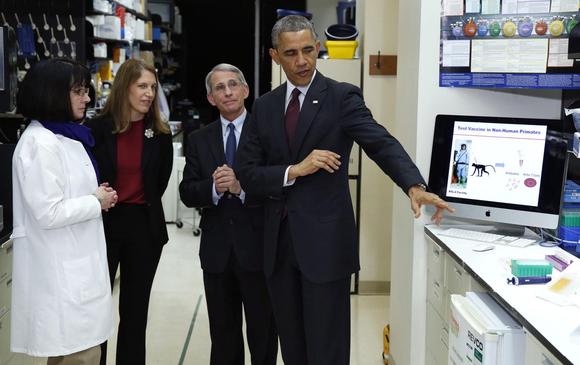 (Reuters) – President Barack Obama urged Congress on Tuesday to approve $6.18 billion to help fight the Ebola outbreak, reminding them that even though the story has faded from the headlines, the battle against the virus is far from over.

“Every hotspot is an ember that if not contained can become a new fire, so we cannot let down our guard even for a minute,” Obama said. “And we can’t just fight this epidemic. We have to extinguish it.” (read more)